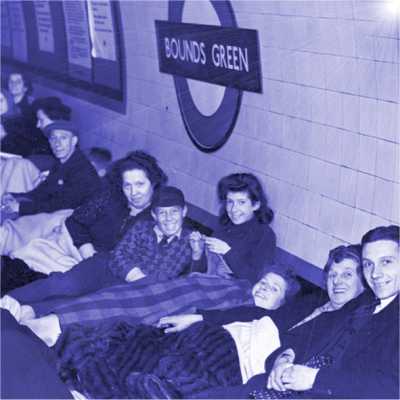 During the Second World War, London and other major UK cities were systematically bombed to weaken resistance and break morale before a planned invasion. What became known as the Blitz started on September 7th, 1940 and continued for another 57 days of unrelenting terror and destruction. The dominant social psychology theories of the day assumed that society would crumble into anarchy and chaos and that people would quickly feel helpless, confused, and defeated.  What happened was the opposite, as the population worked together to care for the injured and repair the damage with a shared purpose and camaraderie.

Although it’s often compared to the Blitz, the global pandemic, that is still very much with us, is different in many ways. Where the bombings were intense, brutal, and physical, apart from the medical symptoms and impacts on society, the virus is unseen. Although our home, work, and social lives are all impacted, it’s mainly the front-line medical and caring professions who take the greatest burden. Many of us are isolated at home, whereas during the Blitz there were many obvious things to do to help and volunteers were effectively mobilised.

Back in our distant past, we lived in small groups as nomadic foragers for tens of thousands of years. During that time, the archaeological and anthropological evidence is that we were friendly and open to strangers, that there was managed equality between group members, that we had an intimate connection with the natural world, and that we were relatively peaceful and healthy. Then around ten thousand years ago we started to settle and make claims to areas of land as early farmers.